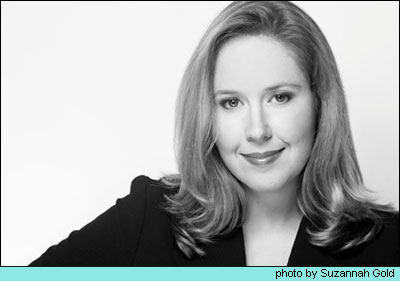 Entertainment journalist Susannah Gora is the author of "You Couldn't Ignore Me If You Tried: The Brat Pack, John Hughes, And Their Impact on a Generation," published by Random House/Crown. Through interviews with the key players from that era, the book, which Vanity Fair has called "definitive," covers the history behind and sociological impact of the great 1980's teen movies, including classic John Hughes youth films such as "The Breakfast Club." 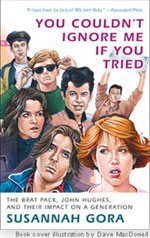 Order "You Couldn't Ignore Me If You Tried: The Brat Pack, John Hughes and Their Impact on a Generation."

Praise for "You Couldn't Ignore Me If You Tried: The Brat Pack, John Hughes, and Their Impact on a Generation"

"Those who have seen Sixteen Candles, The Breakfast Club, Pretty in Pink, Ferris Bueller's Day Off, Say Anything, St. Elmo's Fire and Some Kind of Wonderful won't be able to put down this book...A must-have for fans of 80s teen flicks." –The Associated Press

"The definitive book on the Brat Pack, their filmography, and their cultural impact." –Vanity Fair

"Gora interviews all the major actors and players anew and knits together a narrative that, in the end, gives fans a clear, sound understanding of what commercial and cultural forces produced these filmsand why they still mean a great deal to so many." –The Chicago Sun-Times

"With the passion of a fan and the inquisitiveness of a good journalist, author Gora has produced a book on the phenomenon of these 1980s movies that is as readable as it is informative. Based on her own observations and interviews with many of the people who made these films, among others, her lively book sets the films into the context of their time, explains why they stood out then – and why they continue to resonate today... Its hard to believe that a quarter-century has passed since the first of these films appeared, but its true. That makes them part of movie – and pop culture – history, and they are well served by this excellent volume." –Leonard Maltin

To learn more about "You Couldn't Ignore Me If You Tried," visit the book's official website: bratpackbook.com

Gora has written for outlets including The Washington Post, Variety, Salon, Elle, The Huffington Post, MTV.com, AOL, and PremiereThe Movie Magazine, where Gora was Associate Editor.

Susannah Gora has appeared on networks including NBC, VH1, MTV, CNN, CNBC, SiriusXM and NPR to discuss the entertainment industry. Gora is also the host and writer of Classics on Film, a DVD series produced by Penguin Books which covers classic novels that have been made into great films.

Gora resides in Manhattan, where she was born and raised.